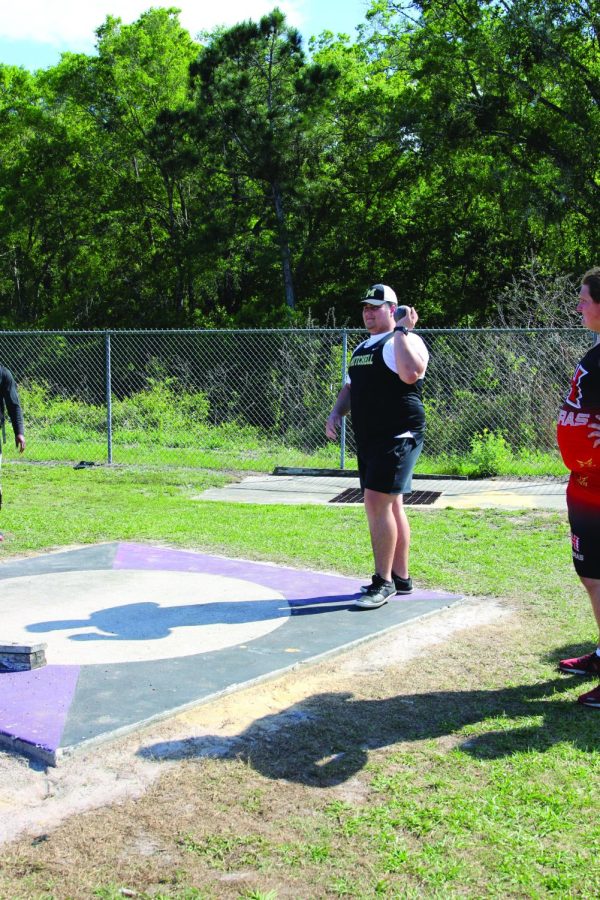 At the Berkeley Track and Field Invitational on March 12, Adam Buonanno places 5th in the shot put competition with a distance of 42 feet 10.25 inches.

Throwing his way to states

Adam Buonanno (22) showed off his skills this season for the high school throws team, and as a result, he has been named the Gregg Schindler Male Student Athlete at J.W. Mitchell High School for June.

Throughout his four years of playing on the high school throws team, Buonanno participated in shot-put and other field events. Coach Alan Parmenter has been there to see profound changes in his skills and overall play from Buonanno’s freshman to senior year.

“Adam has been a major contributor to our throws team for four years. He has developed in his craft and recently was voted as field athlete of the year after winning conference, district, and regional shot-put competitions. He is competing at the 4A state championship for shot-put,” Parmenter said.

With Buonanno’s great contributions over the past four years, this year being his strongest in skills and experience, he credited his growth as a player over the past years to his coach.

With Buonanno’s improvements in distance and ability through this season, he made his way to the 4A state championship for shot-put, finishing 14th in Florida.

“I took each meet one by one and only worried about one meet at a time, to find out that I had even made it to regionals was a huge accomplishment, and even bigger when I won it. I had never made it to regionals in my whole career and after placing first in regional I was like ‘wow’ I’m going to states, and that was just a very good feeling for me,” Buonanno said.

Congratulations to Adam Buonanno, the Male Gregg Schindler Student Athlete of the Month for June.