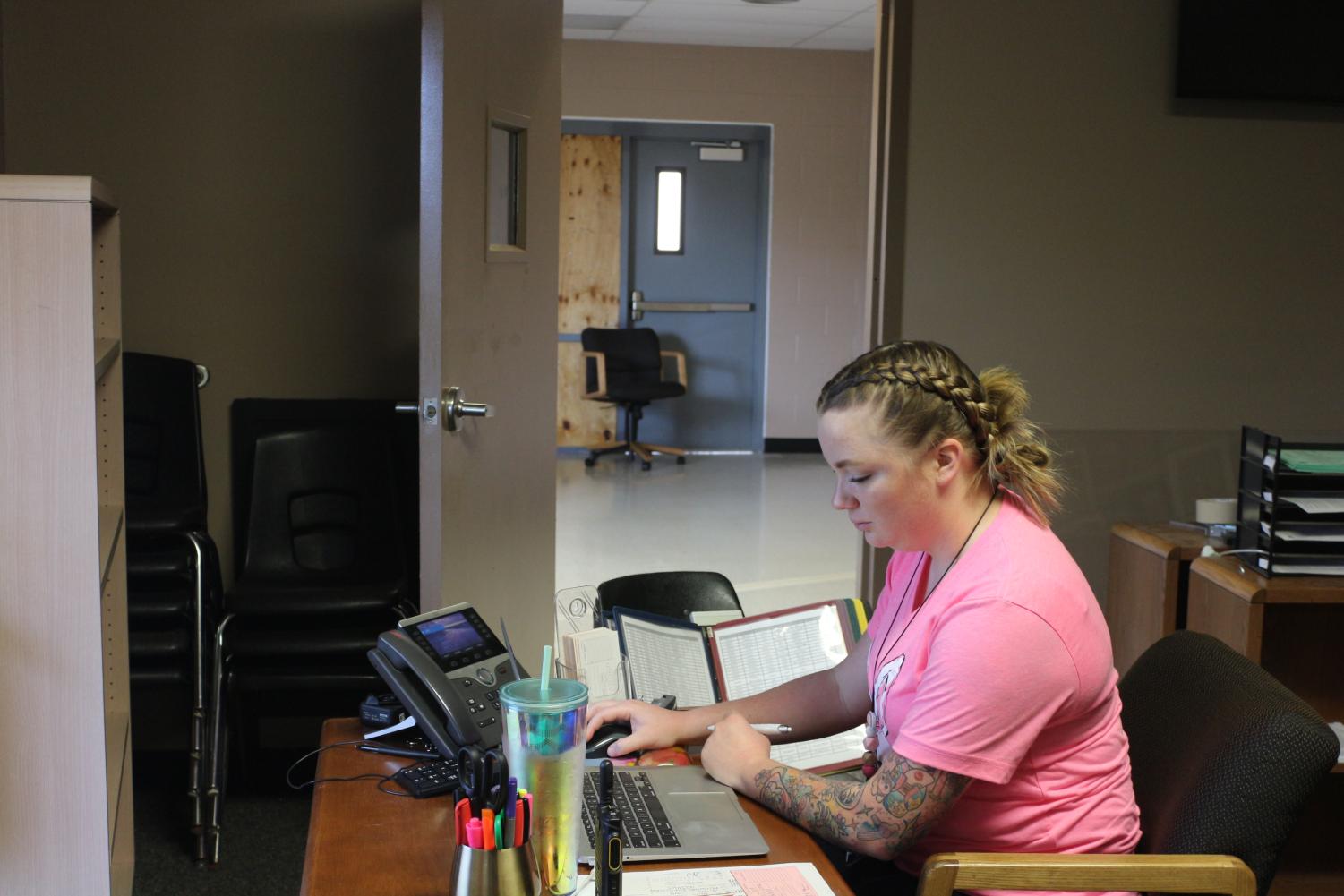 Ms. Sarah Wells (FAC) sits at her temporary desk in the morning, while construction is happening in the next room due to the new fence going up. (Bella Melby-Mazzei)

Ms. Sarah Wells (FAC) sits at her temporary desk in the morning, while construction is happening in the next room due to the new fence going up.

Locked out, fenced in

The district plans to add a fence around the perimeter of the school campus during spring break.

Preparations have begun for a fence similar to the one around Seven Springs Middle School, to be built around campus March 11-20. The fence was originally supposed to be built over the summer, but was pushed back to this spring break. Already impacted by the construction, Ms. Sarah Wells (FAC) desk has been moved to the next room over to give space for construction.

“I think we got some funding from a grant that is supposed to be used for security and they decided that that would be the best use of the money,” Ms. Wells said.

One of the main reasons the fence is being added is for the safety of the staff and students.

“It’s to help keep people from coming onto campus that aren’t supposed to be on campus and to keep children where they’re supposed to be,” Ms. Wells said.

Kaithlyn Tubbens (‘23) researched the impact of school fences in regards to school shootings  for her AP Capstone class.

“I don’t think it’s the best way to protect students. I was researching, you know, Florida has done that before they spent $100,000 on [fences around schools] in 2019, and we didn’t see any decrease in school shootings or school mortality rates. It’s actually worse than it’s ever been in the past years. So, I just don’t think it’s effective,” Tubbens said.

“I think it’s gonna raise anxiety a lot. I get that [it’s] because students may be leaving, but I feel like making a school like a prison, making it feel very unsafe, and like you can’t get out if anything were to happen would put students’ mental health at risk,” Tubbens said.

Students can decide what they think of the fence when they get back from spring break.